We had my niece and nephew for the weekend, I didn't accomplish much but I'm getting them interested early ... 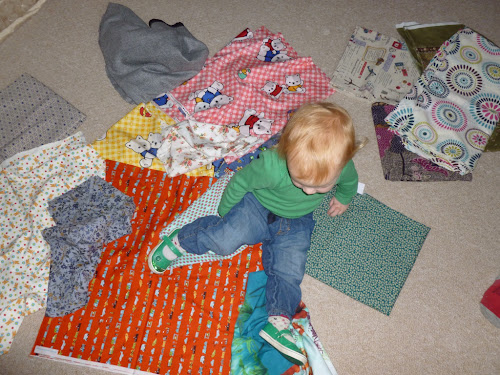 Little A sitting in the middle of "a fabric puddle" made by her big brother - no, I've no idea what a fabric puddle is either. F gave me suggestions for every piece, several of which were deemed "boring". I have a request to make a "fabric robot with a real engine" - he's going to be disappointed! She's sitting on her favourite bit - keeping it safe! 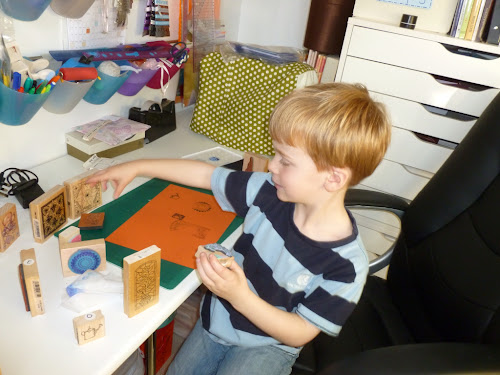 F is planning on having his own craft room when he grows up. I think he quite likes the fact that A is too little to join in even though he's really good with her.
We're worn out - will get some sewing done this week.
:)

Email ThisBlogThis!Share to TwitterShare to FacebookShare to Pinterest
Labels: Ramblings